Who Is On Old Twenty Dollar Bills?

When most people think about old $20 bills, they probably envision small face twenties with Andrew Jackson.  Jackson first appeared on twenty dollar bills in 1928.  Believe it or not, nine other men were on the denomination before him.  Below is a list of the men and a little about them and the money they were printed on.

If you need a value for your specific $20 bill, then email us.  Sales@AntiqueMoney.com

Abraham Lincoln – Lincoln is on the modern $5 bill.  However, back in the late 19th and early 20th centuries he appeared on several denominations.  He was featured on two different types of interest bearing $20 bills in 1863 and 1864 (both circulated while Lincoln was still alive!).  Both bills are very rare. 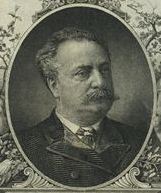 Daniel Manning – Here is a more obscure portrait.  He was the 37th Secretary of the Treasurer.  Manning appears on 1886 and 1891 $20 silver certificates.

Hugh McCulloch – Another obscure name from America’s financial history is Hugh McCulloch.  He was the first comptroller of the currency.  He was heavily involved with the national bank act as well.  He was rewarded by being featured on the series of 1902 $20 red and blue seal national bank notes. 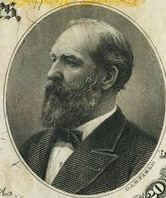 James Garfield – Oddly enough, James Garfield was pictured on two different denominations in 1882.  He appears on the series of 1882 $5 national bank notes and he made it onto the 1882 $20 gold certificates.  This is to be expected though; he was assassinated the year before these notes were issued. 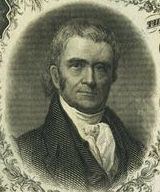 John Marshall – Marshall passed away in 1835.  Fifty-five years later he was rewarded with a spot on the newly designed twenty dollar treasury notes.  That is certainly a long gap.  The same portrait was used for the 1891 $20 treasury note as well. 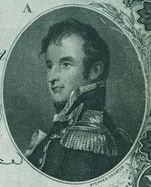 Stephen Decatur – Decatur is known in history for his role in The War of 1812.  However, he has largely unknown to mainstream Americans today.  He was featured on 1878 and 1880 $20 silver certificates.  There was a fifty-eight year gap between his death and his appearance on paper money.  This is the only denomination and type of bill he was ever pictured on.