Comments: Most of these $500 bank notes sell for less than $500 today. Please contact us for exact value information. We are likely interested buyers.

Text: The Hong Kong & Shanghai Banking Corporation – Promises To Pay The Bearer On Demand At Its Office Here Or The Equivalent In The Currency Of The Colony Value Received – Five Hundred Dollars – By Order Of The Board Of Directors – Hong Kong 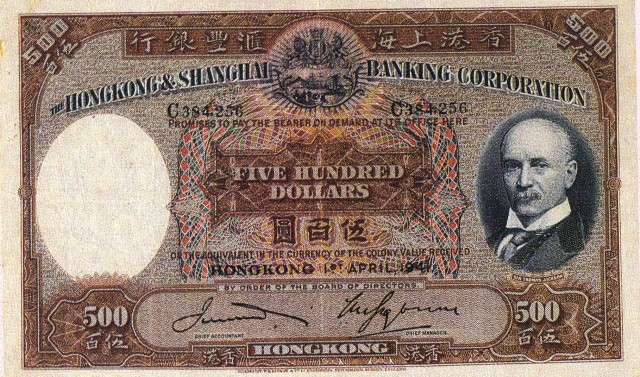 We are very interested in buying any and all bank notes from The Hong Kong & Shanghai Banking Corporation. We frequently deal with sellers both in and outside of the United States. Your location will never keep us from doing a deal. Send us an email with pictures of the front and back of your money and we will respond quickly with our offer.