For the good of the public, we had to make a quick post about “small” or “shrunken” one dollar bills.  A few times a year we will get a call or email from someone asking about a dollar bill that he or she has that happens to be way smaller than a regular dollar bill.  These are authentic $1 bills.  However, they have been chemically treated to decrease their size.

It is our understanding that shrunken dollar bills are often found at state fairs and carnivals.  We have all seen the contraptions that flatten a penny.  You pay 75 cents and it turns the penny into an elongated cent.  We think the same thing happens with these dollar bills.  You pay someone $5 and you get your dollar shrunken in return.  We don’t know what the chemical process is to accomplish such an interesting feat.  However, it certainly doesn’t add any value to the bill.

You have to remember that all United States money was printed with standard size plates on standard size sheets.  There was no rogue employee making tiny plates to use for small dollar bills.  These are purely curiosity items and they are just worth one dollar (provided you can convince someone that it is an authentic $1 bill). 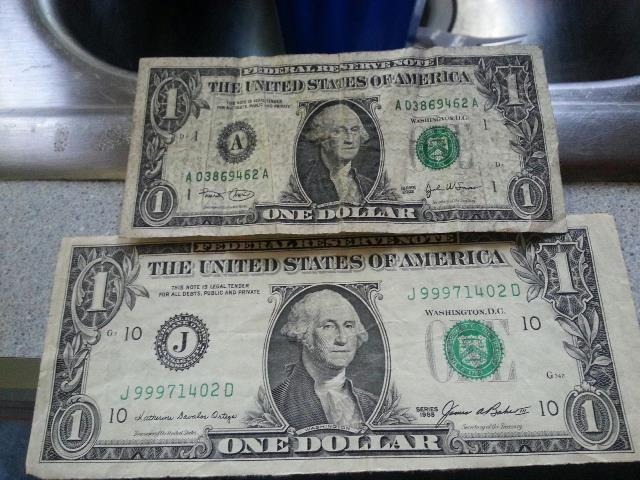