As with all prior fractional military payment certificates, series 681 five cent notes have the same design as the next three higher denominations. Each note shows a submarine and an astronaut. When these were first released in 1968 you can imagine that these were quite popular and frequently saved. For that reason, and probably many others, these just aren’t very rare today. Most examples can be bought for a few dollars or less. 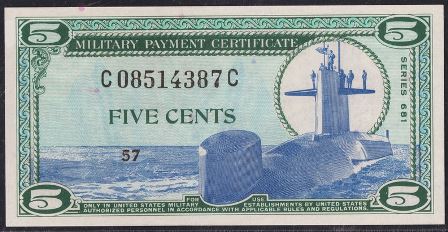