I assume by writing a blog about prostitution that my name and email are going to automatically be added to a low threat municipal watch-list.  I figure that is worth the risk to let some of the less experienced collectors out there know about some of these novelty items that are floating around right now.  We have a picture of one examples below, but there are several varieties.  We end up getting inquiries about them because of the bank note.  We have seen 1901 bisons, 1899 chiefs, 1891 tombstones, and a variety of national bank notes used as the subject note.  They are usually sold on ebay and other venues as reproductions or authentic facsimiles (which is a fancy word for photocopy).  It is not unusual for these things to trade hands a few times and someone ends up paying real money because he or she doesn’t understand that they are fakes.  And fake may not even be the correct word.  I have no idea if such licenses ever existed.  I could do the research there, but that sounds like a slippery slope.

The particular example below is dated as 1898, yet it shows a 1901 bank note that wasn’t actually printed until the 1910s.  Someone obviously missed the attention to details.  I think the licenses are usually signed by famous wild west lawmen like Wyatt Earp.  So long story short, if you see these just understand that they are completely fraudulent and have no collector value.  Don’t be like the sucker who paid $325 for two of them. 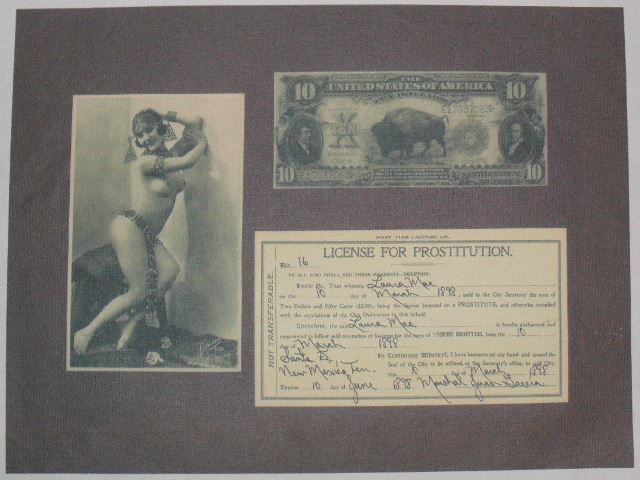