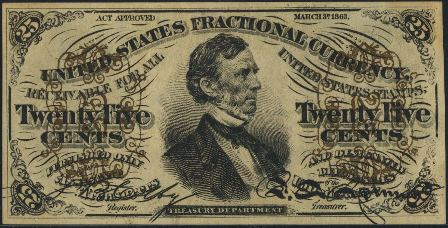 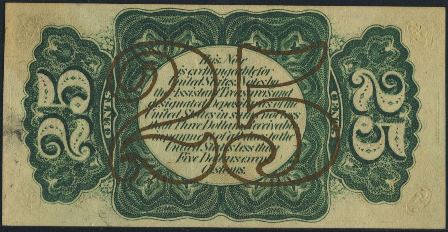 What’s Rare: There are nine different types of series three twenty-five cent fractional notes. Some have red backs and others have green backs. Some have empty surcharges (like above) and others have surcharges filled with a brown color. There are also plate varieties and paper varieties. Long story short. It is definitely worth your time to send us pictures of your fractional currency. There are some rare types worth hundreds to thousands of dollars.