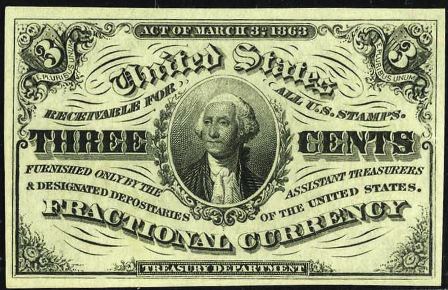 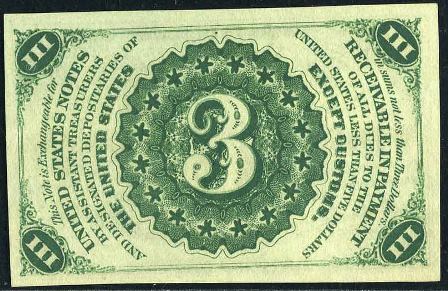 What’s Rare: There are just two different types of three cent fractionals. The more common type has a lighter colored field behind Washington. The scarcer variety has a darker almost all black field behind George Washington’s head. The second type is especially difficult to find in gem condition.