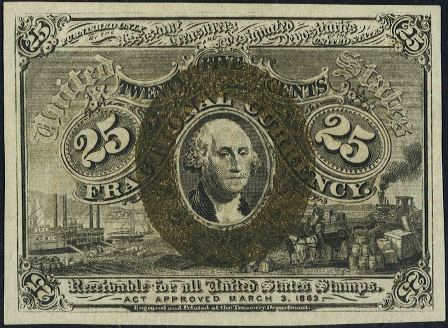 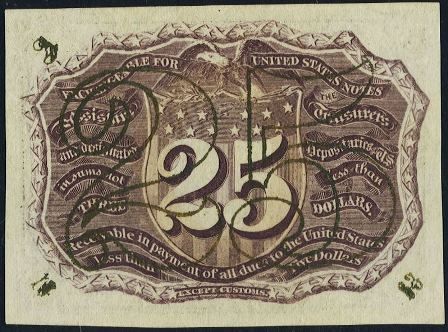 What’s Rare: Seven different types of series two twenty five cent fractionals are known to exist. The most common type doesn’t have any surcharges. Surcharges are the small numbers or letters on the back corners of each note. If your note has surcharges then please send us pictures of it and we can tell you how rare it is.