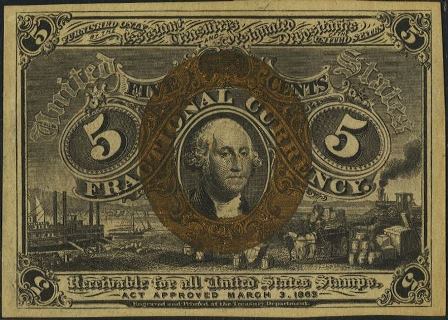 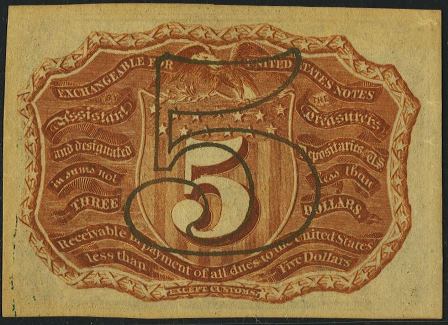 What’s Rare: There are four different varieties for this piece of fractional currency. The type that has a surcharge that reads “R-18-63” on the back corners is by far the rarest. Others can certainly still be very collectible, they just have to be in uncirculated condition.