Back Text: This Note is Exchangeable for United States Notes By Assistant Treasurers And Designated Depositories Of The United States in the sums not less than Three Dollars. Receivable In Payment Of All Dues To The United States Less Than Five Dollars Except Customs. – National Bank Note Company New York 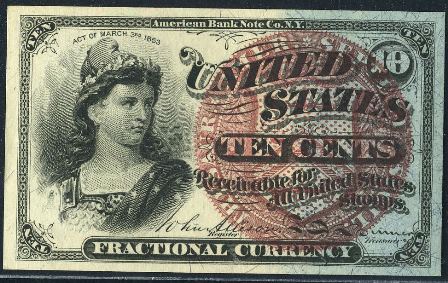 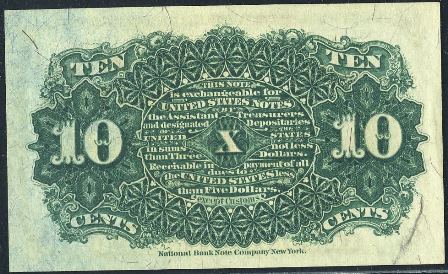 What’s Rare: There are four different types of this ten cent fractional. The varieties relate to the size of the seal and the type of paper they were printed on. There are some slight price differences in gem uncirculated grades. However, all of these are fairly common.