Comments: These really aren’t that old. Circulated examples are regularly available for less than $100.

Text: The Chartered Bank Of India, Australia & China – Promises To Pay The Bearer On Demand At Its Office Here Or The Equivalent In The Currency Of The Colony Value Received – Five Dollars – By Order Of The Court Of Directors – Incorporated By Royal Charter, 1853 – Waterlow & Sons Limited London – Hong Kong 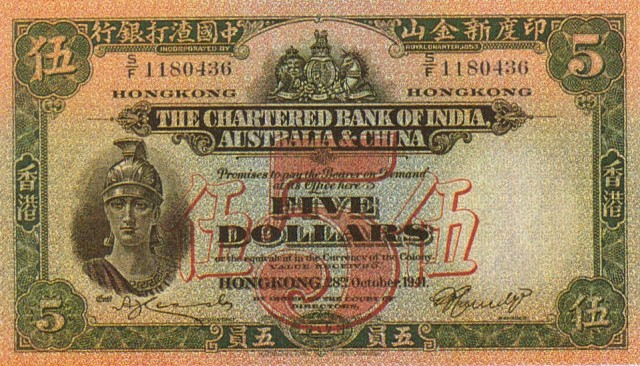